“Bogie is our 14-year-old English Labrador with allergies. Bogie has tried several different treatments, including antihistamines that make him lethargic, a cone he won’t wear, and a special hypoallergenic dog shampoo that mostly went down the drain. As Bogie has grown into his senior years, his hotspots have become longer-lasting and more frequent.

Our vet recommended a joint supplement called NatrixOne Camelina Oil, which is supposed to help with allergies and hotspots. We were hesitant at first, but we decided to give it a try. And we’re so glad we did! After putting it on his food twice a day and applying it topically as well, his hotspots healed faster. Bogie has been taking NatrixOne for a few years now, and his hotspots have gone away and he doesn’t seem to be as allergic as he used to be. It’s amazing what a difference this supplement has made in his life.  Bogie is able to jump into the car much easier and has more energy when chasing the frisbee into Klinger Lake. We’re so grateful to NatrixOne for helping our Bogie live a happy and healthy life! I recommend this product to anyone who wants to help their pet thrive in their golden years.” – David & Kathy Bock

What Our Happy Customers Think about NatrixOne

My dog liked it alright, but I think the Flaxseed oil did a better job. Going back to Flaxseed oil. - Patricia Gossenreiter - 8/18/2022

Our GSD is allergic to many ingredients found in most supplements. This seems to help with joint pain. - kimmabby - 7/07/2022

My dog loves the Natrix One and I’ve seen a big difference in her mobility since being on this supplement. - Anitacc - 6/30/2020

This helped our dog recovery quickly after she was hit by a car. - Ana Vera Backscheider - 6/10/2020

Our dog gobbles these up; we love the all natural ingredients...and love to support Brew House Bones- great organization! - HollyA - 4/07/2020  -

Camolive is healthier than fish oil for pet Mediterranean diet. - A Google User - 9/01/2019

Their camolive helped Bogies hotspots heal due to allergies. - A Google User - 7/31/2019 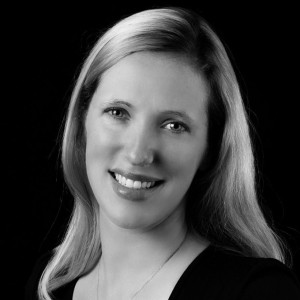 Aubrey Backscheider is a graduate of Purdue Polytech with a degree in Information Systems. She worked for several years as a system support engineer at IBM, and eventually created IT consulting company Cinci360 to help small businesses overcome technical challenges. She has worked and lived in Australia, Spain, Germany, Canada, and currently resides in Cincinnati Ohio with her husband and two children.