“Indie was a stray my husband rescued in the middle of nowhere in Indiana. He was probably a little over 1-year-old according to our vet’s estimation. He had a limp from the beginning and we just thought he had injured himself somehow. The limp came and went but he had a terrible time if he tried to play or run too much. We couldn’t even take him on short walks. His pain got so bad he cried severely when he tried to get up from his bed or off the couch. Our wonderful vets did X-rays and we discovered he has severe hip and elbow dysplasia. Our vet suggested we try NatrixOne and the results have been astounding. Not only has it saved us a lot of money on Pharma, Indie can run and play so much more now. In fact, it’s hard to keep him down! We still have to be careful he doesn’t overdo it (his condition may require surgery), this has helped him so very much. Bonus, his coat is shiny and gorgeous! Our other two dogs loved the oil so much (they always ran to Indie’s bowl to lick the residue after he ate) so we decided to try to give it to them also. Lucy, our beagle who may be at least 8-years-old (another stray) has also become much more active and playful. I highly recommend NatrixOne Camelina oil!” ~Viola

What Our Happy Customers Think about NatrixOne

My dog liked it alright, but I think the Flaxseed oil did a better job. Going back to Flaxseed oil. - Patricia Gossenreiter - 8/18/2022

Our GSD is allergic to many ingredients found in most supplements. This seems to help with joint pain. - kimmabby - 7/07/2022

My dog loves the Natrix One and I’ve seen a big difference in her mobility since being on this supplement. - Anitacc - 6/30/2020

This helped our dog recovery quickly after she was hit by a car. - Ana Vera Backscheider - 6/10/2020

Our dog gobbles these up; we love the all natural ingredients...and love to support Brew House Bones- great organization! - HollyA - 4/07/2020  -

Camolive is healthier than fish oil for pet Mediterranean diet. - A Google User - 9/01/2019

Their camolive helped Bogies hotspots heal due to allergies. - A Google User - 7/31/2019 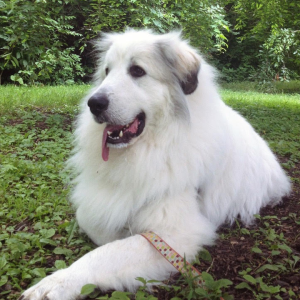 NatrixOne canine supplement is a perfectly balanced source of Omega 3, 6, 9, and essential fatty acids combined with the amazing anti-inflammatory benefits derived from olives. NatrixOne is a 100% non-GMO plant-based supplement that promotes healthy joints, a shiny coat, improved vitality, all in one. Guided by forward thinking veterinarians, NatrixOne takes a holistic approach, emphasizing prevention over treatment and nature over pharmaceuticals. Our balanced Omega fatty acids and exclusive CamOlive extract decrease joint and overall inflammation. CamOlive also effectively relieves symptoms of dry and itching coat from allergies, creating a shiny and lustrous coat for your dog. Antioxidants within NatrixOne have proven to boost a dog's immune system. The all-natural formula in NatrixOne improves energy and vitality, effectively removing many of the symptoms of aging. CamOlive effectively increases cardiovascular health and overall exercise recovery.